Tuscaloosa NAACP, Friends in the Struggle for Peace and Nonviolence 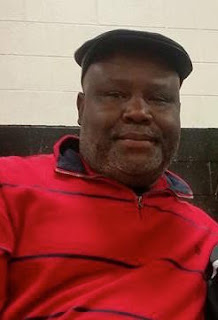 One of the greatest local organizations to return to life in the past five years is the Tuscaloosa branch of the NAACP. Led by Jerry Carter, the Tuscaloosa NAACP has pushed against the grain to emphasize the relevance and need for continued action with respect to civil rights. In 2012, Jerry Carter urged Tuscaloosans to revive the NAACP locally. I was fortunate enough to attend one of the first meetings and witness Carter's passion firsthand.


Jerry Carter has been a powerful yet diplomatic leader for the nascent local branch. His concerns range from the culture of violence to the power of the school-to-prison pipeline.

"My primary concern is the fact that people have already died because the (air-powered) weapons look so much like real weapons," Jerry Carter told the council's Public Safety Committee this week.

Carter said he decided to approach the City Council after recently seeing a group of young boys holding what appeared to be a firearm. He realized it wasn't a real gun after they used it to shoot at a streetlight.

This, he said, prompted him to consider what might happen if they were approached by a Tuscaloosa police officer. "It puts young children at risk," Carter said, "but it also creates a problem with law enforcement. I just don't want to see someone's child get hurt or killed."

The committee has agreed to explore the idea of regulating air guns, which municipal ordinance already prohibits from being fired within the city limits.

It is the small details of life in a civil society which animate Carter. Often, in our heavily-armed culture, it is the small detail-- a fragment, a split-second reaction-- that means the difference between life and death. In April 2015, Carter urged local leaders to ban cell phone use in schools after his granddaughter was filmed in the restroom. In July 2015, Carter suggested the creation of a Citizen's Advisory Board on police violence to serve as liaison between city and community. This would act as a neutral ground for citizens and law enforcement in addition to adding greater transparency to the government process.


Jerry Carter continues to work to make our community safer for its citizens. Learn more about your local NAACP from their Facebook page. Contact Jerry Carter by email today to learn more about local meetings and events. History is what happens as we make it.
Posted by Alina Stefanescu Coryell at 9:55 AM 2 comments:

A few thoughts for today. 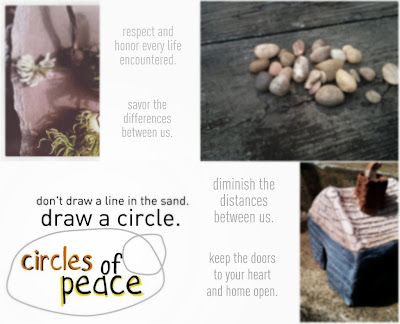 Posted by Alina Stefanescu Coryell at 12:45 PM No comments:

A thinking exercise on "capital punishment".

"Capital punishment is our society's recognition of the sanctity of human life."
Senator Orrin Hatch, Chair of the Judiciary Committee, 2000

"Capital punishment" is how we refer to government-funded executions. We don't call them "executions" anymore because the term, tainted by images of guillotines and firing squads, evokes histories unassociated with justice. Why not call a spade a spade so that we don't lose sight of what occurs when an prisoner is killed? Capital punishment is killing that we fund.

Let's think about this in terms of economic trade-offs. Government funding is a scarce good- choosing to fund one activity often occurs at the expense of another. What does killing prisoners cost us? The average death penalty application costs our government $2.1 million dollars- and that is for one prisoner. How else might this money be spent? What is the opportunity cost?  Build a school or kill a prisoner?

Now let's consider the facts more broadly- in the context of our communities and daily lives. How does killing prisoners complement our faith, ethics, or personal beliefs?
Since 1976, the South has had 80% of the nation's executions and the highest murder rate of any US region. What is the relationship between these figures? Is killing convicted prisoners really deterring crime? If not, then what is the true reason for public support?

Who are these people that we try to kill? Meet Shabaka WaQlimi, a survivor of death row. Shabaka WaQlimi (Joseph Green Brown) came within thirteen hours of being killed in an electric chair in Florida when a new trial was ordered in his case in October 1983. You can read the rest of his story here. And you can learn more about others like him at the Witness to Innocence website.

Take a few moments to think about killing- what it accomplishes, what it means, and what it demeans. Does killing prisoners reflect the sanctity of human life, to borrow Senator Hatch's phrase? Or does it reflect something else entirely?
Posted by Alina Stefanescu Coryell at 9:08 AM No comments:

Teaching children about the costs of violence and war. 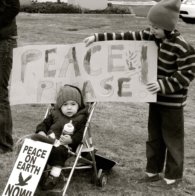 There are many ways to teach children about the costs of violence and war, but it is an effort that parents usually must make on their own, as public schools, funded by the governments which wage war, are not encouraged to engage in critical thinking about the conventional wisdom on violence.

The best way to study the costs of violence and war is by outlining the diverse types of costs for these activities and then devoting individual time to each type. For parents seeking such an outline, here is a beginning. Please feel free to add (through comments) additional resources.


THE ECONOMIC COSTS OF WAR
War and state-sponsored violence cost money. Since money is not in endless supply, money spent on war is money not spent on other things, like Social Security, Medicaid, and other elements of the federal budget.


THE SOCIAL COSTS OF WAR
War and state-sponsored violence provide legal justifications for the killing of other human beings, both the innocent and the "guilty". War often encourages citizens to nourish anger and hatred towards entire groups of human beings. Many innocent people are harmed in the process.

THE SPIRITUAL COSTS OF WAR
War and state-sponsored violence often call upon us to ignore our ethical and religious commitments. This can cause spiritual trauma and distress for both soldiers and the innocent victims of war and violence.

THE POLITICAL COSTS OF WAR
War and state-sponsored violence reveal a model of "justice for the victors" which institutionalizes an unfair and unjust conception of right and wrong. For example, if one country kills millions of civilians during a war but then wins the war, it will not be forced to account for its crimes in an international court of law. Only the losing countries will be required to account for their crimes and make reparations. The goal of reducing civilian casualties becomes less important than the overall goal of winning the war at all costs.

In addition to this model, you can explore an ethic of peace a little more deeply with the following resources:
Posted by Alina Stefanescu Coryell at 5:13 PM 5 comments:

Poems for Peace: A Local Poetry Prize for Young People.

We are excited to announce the first annual Poems for Peace contest sponsored by the Tuscaloosa Circles of Peace.

To be an eligible contestant, you must:

Prizes will be announced and awarded on December 20, 2011. In addition to a cash prize, the winners will receive online publication, gift certificates, and other surprises. A panel of 3-4 local judges who are involved in professional writing will judge the poems and select the winners. This panel will be announced in late November.

The poem can be handwritten or typed. It must be submitted on blank or lined paper with young person's name and address (and email, if appropriate) on the back of the page. You have poetic license to choose the style-- sonnet, free verse, ode, elegy, ballad, nonsense verse, pastoral, and so on-- and length of your poem. However, the topic of your poem should be peace and peacemaking in our individual and communal lives. This can include compassion, tolerance, and peaceful means of conflict resolution. It can also include descriptions of the tragedy and suffering caused by lack of peace- whether in your own family or in the larger world. We ask only that your poem is not disrespectful to particular ethnic, religious, or occupational groups.

All word combinations should be your own creation unless acknowledged by quotation marks. Please leave a comment if you have any questions about the rules for this contest.

All poems should be emailed to mrsalina at me dot com or sent by snail mail to 42 Cherokee Hills, Tuscaloosa AL 35404 c/o Poems for Peace contest.

For inspirations and examples of poems about peace :
Posted by Alina Stefanescu Coryell at 11:57 AM 1 comment:

The Circles of Peace Book Club will be meeting to discuss our latest book selection-- When Religion Becomes Lethal: The Explosive Mix of Politics in Judaism, Christianity, and Islam by Charles Kimball. Light refreshments will be served. Brings friends and anyone who enjoys a good discussion, even if they did not get a chance to read the book.
When: Sunday, October 2nd
from 1:00 pm to 3:00 pm
Where: The Cooper Home
3443 Arcadia Drive in Tuscaloosa, Alabama
Author Biography
Dr. Charles Kimball is Presidential Professor and Director of Religious Studies at the University of Oklahoma in Norman, OK. Between 1996 and 2008, he served as Chair of the Department of Religion and the Divinity School at Wake Forest University in Winston-Salem, NC. During the 2006 fall term, Dr. Kimball was the Rita and William Bell Visiting Professor at the University of Tulsa. He is a graduate of Oklahoma State University and holds the M.Div. degree from The Southern Baptist Theological Seminary. An ordained Baptist minister, he received his Th.D. from Harvard University in comparative religion with specialization in Islamic studies. (Source)
If you need a ride or driving directions, please email Alina at mrsalina at me dot com. We can't wait to see you there!
Posted by Alina Stefanescu Coryell at 11:39 AM No comments:

Posted by Alina Stefanescu Coryell at 3:49 PM No comments: